Back to 'The Aunger Year'

As with today's Black Pig, the 'Aungers' Black Pig' was frequented by

several colourful characters! One such character was Ted Rye.

In WWI Ted was a farrier and blacksmith and was born and bred in the area.  After the war he was a farm labourer and drove a (steam-driven)threshing tractor.

Every lunch time at noon, on the dot, a pint was put on the bar by the

barmaid Pam. If  the beer wasn't there on time Ted would moan - even  though it was free!  Phillip thought that as he had been drinking in the  pub all his life, he deserved free beer.  Anyone sitting next to him would be offered a sniff of snuff.

Ted looked after Marina's pony, Sovereign which in the early days was stabled down the road.  (Marina was Phillip Aunger's daughter). 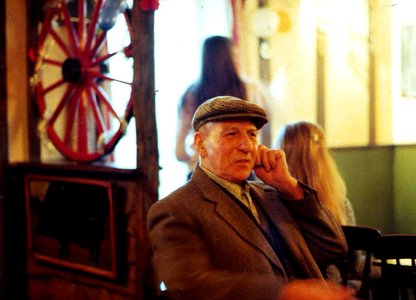 One day, after lunch time, Ted and the pony went missing.  He was found riding the pony, bare-back around the village.  - Ted was in his eighties at the time!

On another occasion, in the middle of winter, Ted went missing.

A frantic call from his wife said that Ted had not come home after lunch time.  It was dark and a search party went out with torches.  He was found in the field opposite the stables.  He had been cutting a cabbage for Sovereign, had fallen over and couldn't get up.  In the light of day it was observed that a huge area of the field was absent of its produce!  (It's not known whether or not the farmer ever found out about this).

Phillip Jnr. remembers that one day he was carrying a 1 cwt bag of corn and Ted, who was watching him, said  "When I was a lad I carried 300cwt bags of corn". 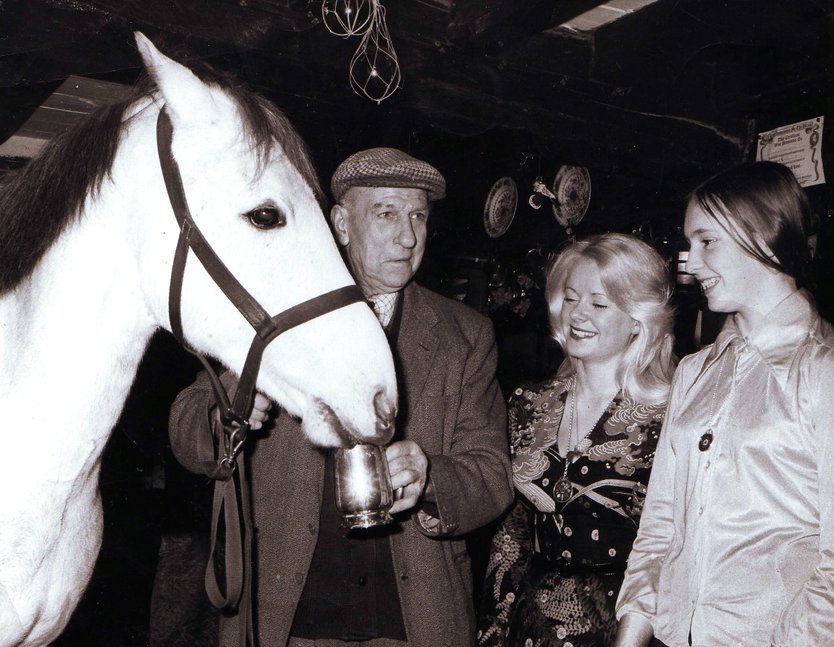