The Railway at Staple 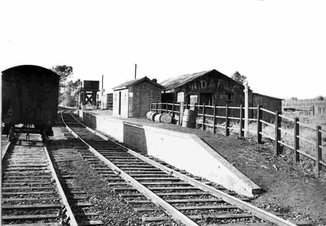 The East Kent Light Railway: Kent Coalfield was the main reason that this line came  into being.  In 1911 the first line was opened for freight traffic.  This was from Shepherdswell to Tilmanstone Colliery.    Shepherdswell  was on  the Dover to  Canterbury route of the South-Eastern  and  Chatham  Railway.  Which  itself   had  been  opened in 1861 by the London Chatham and Dover Railway.)  By October 1912 the track reached Eastry. With a branch to Guilford colliery).   By December 1912 the track  extended to Hammill and  Wingham collieries. The track was extended to Wingham Town In 1920, and Richborough in 1928.

Passenger services began in October 1916, the first service being from Shepherdswell to Wingham Colliery.  By 1925 there were passenger services to Canterbury Road (Outside Wingham) and to Sandwich Road (On the Richborough  branch).

All passenger services were withdrawn in November 1948.  There followed a programme of line closures which lasted until 1951.  The  exception  to this  was  Tilmanstone, where coal traffic continued until 1984.  (The line was officially closed in December 1987). 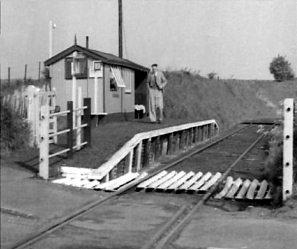 STAPLE:  Staple was a busy little station (It was originally called 'Staple & Ash').  Its main traffic was the outward flow of flowers, fruit and vegetables.  Staple handled twice as much freight as Wingham and at least ten times more than any of the other stations.  The station was three quarters of a mile north of the village and so there was very little passenger traffic.  Compared to some of the other stations' flimsy structures, Staple's station and platform were relatively impressive, being brick built.

This short Pathe News clip shows the station which was on the spot now occupied by the woodyard (near the Haywain Pub).